PREVENT INCIDENTS BEFORE THEY HAPPEN

The common cause of most cell room incidents is “hot” cell operation: the top of a membrane melts, the hydrogen and chlorine mix, and the cathode and anode are short circuited. Next, cells start to burn, and explosive gas mixtures ignite in the cell or further downstream in the chlorine production process.

“Hot” cell operation can be the result of an insufficient electrolyte flow to a single cell because of a blocked feed system, a high cell resistance caused by an abnormal coating aging, or a general failure. 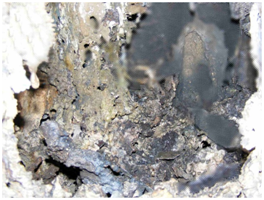 We can perform advance detection of all known electrolyser malfunctions in real-time by precisely measuring and analyzing the voltage : current : time relationship of each individual cell.

Injury to personnel and irreversible damage to equipment can thus be prevented by triggering an emergency shutdown of the individual power supplies.

The EMOS® SIL2 SAFETY SYSTEM analyzes the voltage of each individual cell. The accepted voltage range is calculated in real-time based on the:

The 4 Pillars of the EMOS® SIL2 SAFETY SYSTEM

The MODA was especially designed for the cell room environment. It features a high degree of data acquisition precision, a fast sampling rate, temperature compensated measurements, and noise filtering algorithms. An ATEX version of the MODA is also available for installation in zones rated for potentially explosive atmospheres.

The SILCAM contains the controller logic responsible for triggering the plant emergency shutdown system whenever an electrolyser or one (or more) of its cells are operating outside of their recommended safety parameters.

For over two decades we have been monitoring electrolytic cells, which has enabled us to develop and integrate advanced algorithms which can help protect against irreversible damage caused by a variety of issues such as:

EMOS® VIEW is an application designed to monitor and manage process data obtained from the EMOS® SIL2 SAFETY SYSTEM, PINHOLE DETECTOR, SINGLE CELL TEMPERATURE and EARLY DETECTION ENGINE. or any other OPC compliant system. It is a streamlined user interface specifically tailored to the needs of the operators that displays key performance indicators such as raw and normalized voltages, cell temperatures, and feed. It offers reporting tools for alarms and cell voltages, the ability to trend process data like voltages or cell temperatures, and much more!

The MODA is an intelligent data acquisition sensor. Designed specifically for the cell-room environment, the MODA incorporates sampling algorithms that synchronize with the fundamental rectifier frequency, removing any unwanted noise…

The ATEX MODA is an intelligent data acquisition sensor that complies with the IEC 60079-7:2015 standard for zones rated for potentially explosive atmospheres. Designed specifically for the cell-room environment, the ATEX MODA incorporates sampling algorithms that remove any unwanted noise…

R2’s SILCAM (SIL Communication & Alarm Module) is is the logic solver and communication manager of the R2 safety system..

EMOS® (Electrolyser Management, Optimization and Safety) View is the HMI software of the EMOS® SIL2 Safety System and its related tools.

The following paper focuses on data acquisition precision for equipment used to measure cell voltage in the chlor-alkali process and how precision is at the heart of EMOS® functionality.

This white paper explains the importance of measuring precisely individual cell voltage to detect electrolyser malfunctions as early as possible. In addition, it discusses…

Case Study: Why Covestro invested in the EMOS® Safety System